My ongoing project for a while now has been updating our fireplace. I’m including photos for now to show the progress. So close to done but there’s been a hiccup in how the flame spreads. Hopefully I’ll be able to fix it later today with some guidance from the fireglass specialists at Moderustic in Cali.

The first two photos show our fireplace after removing the hideous and defunct gas insert. Lots of peeling paint that I painstakingly ground off the metal liner. I later spray-painted with a high-temp paint in a flat black.

The last photo shows the fireplace filled with sand and the start of some glass. During a flame check we realized the flames were hitting the back walls. We’re stalled until we get directions to fix the flame pattern, but you should see the final plan unfolding. And yes! those are blue flames 🙂 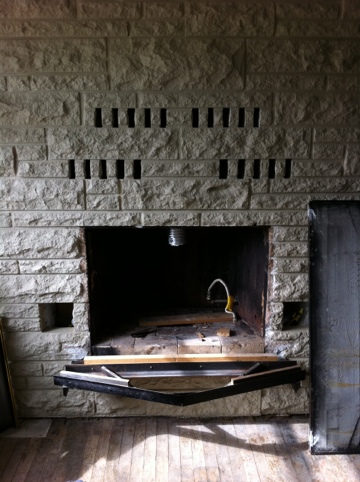 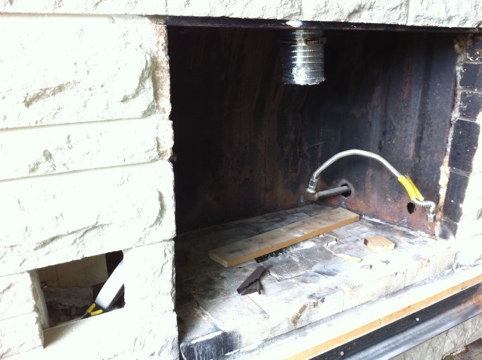 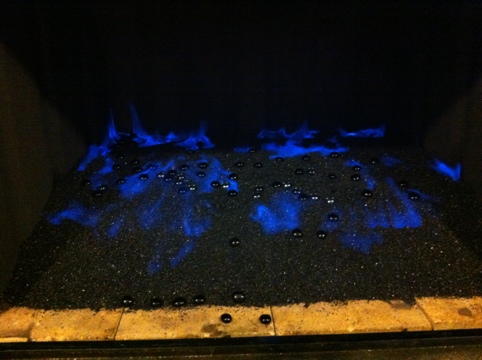