I was searching for some quick breakfast recipes and stumbled across Mark’s Daily Apple. I’ve been to his site before, but only by stumbling over it in the past. Now I’ll be visiting on purpose in the future. He’s on the primal diet, which isn’t quite where I’m at yet, but with most recipes being something I can eat (gluten-free, dairy-free), I’m a fan.

His recipe for Sausage & Egg Breakfast Bites sounded good and like a no brainer. I know it’s hard to believe that making a smoothie is too time consuming some mornings, but I needed to find something I could just grab. Now I know I could hard cook some eggs, but I don’t normally pre-peel them and don’t find peeling them on my way to work (or even at work) to be all that ideal. Plus, I subscribe to the idea of getting at least 20 grams of protein per meal, and to do that with hard-cooked eggs, I’d have to eat three, which is a lot of peeling.

I’ve tweaked Mark’s recipe to make sure each serving has plenty of protein and to include some dairy that I can have. And as it’s pretty much like making a quiche, you can add in whatever ingredients you like. I’ve made a couple renditions thus far.

Yield: 4 servings (6 if you aren’t really interested in as much protein at each meal) 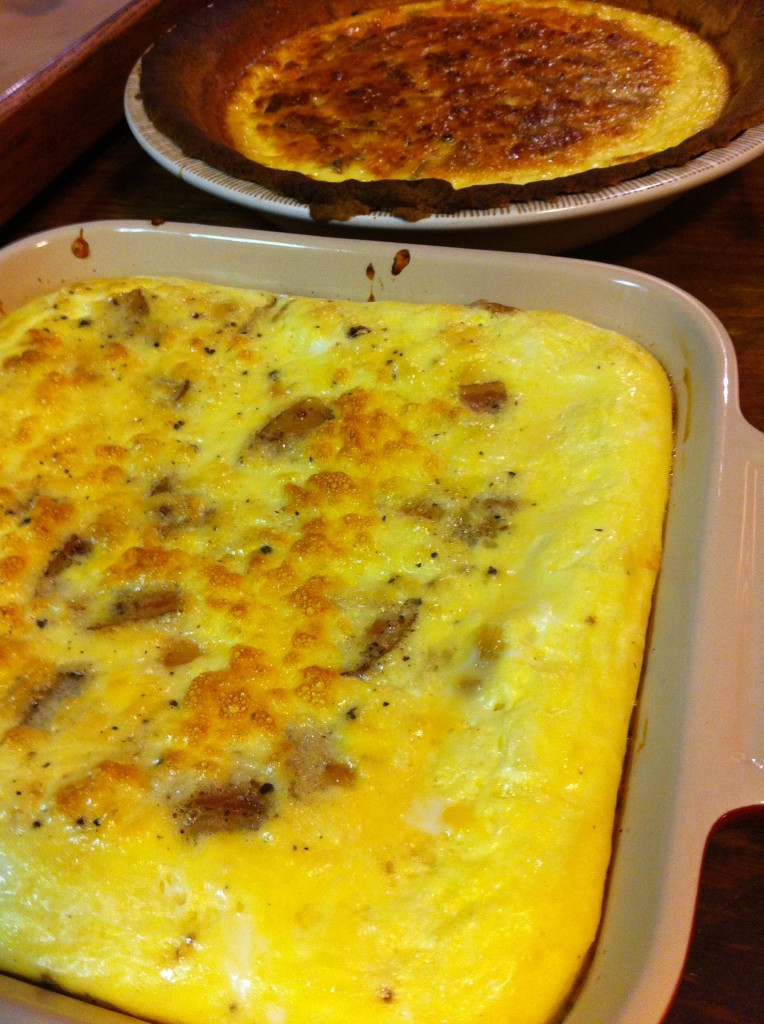 At the forefront is my first crust-less quiche. I had set aside some of the browned onions and bacon from making Zuppa Toscana. I added those plus raw milk Swiss cheese.

In the background is a regular old quiche that I made for my husband. I should have added more eggs, as the filling didn’t cook up as much as I thought it would. The crust was partially wheat flour, so the crust is a little more brown naturally and wasn’t really burned badly like my photo makes it seem. I’m working on making gluten-free pie crusts, but in the meantime, crust-less quiches are perfectly fine with me. 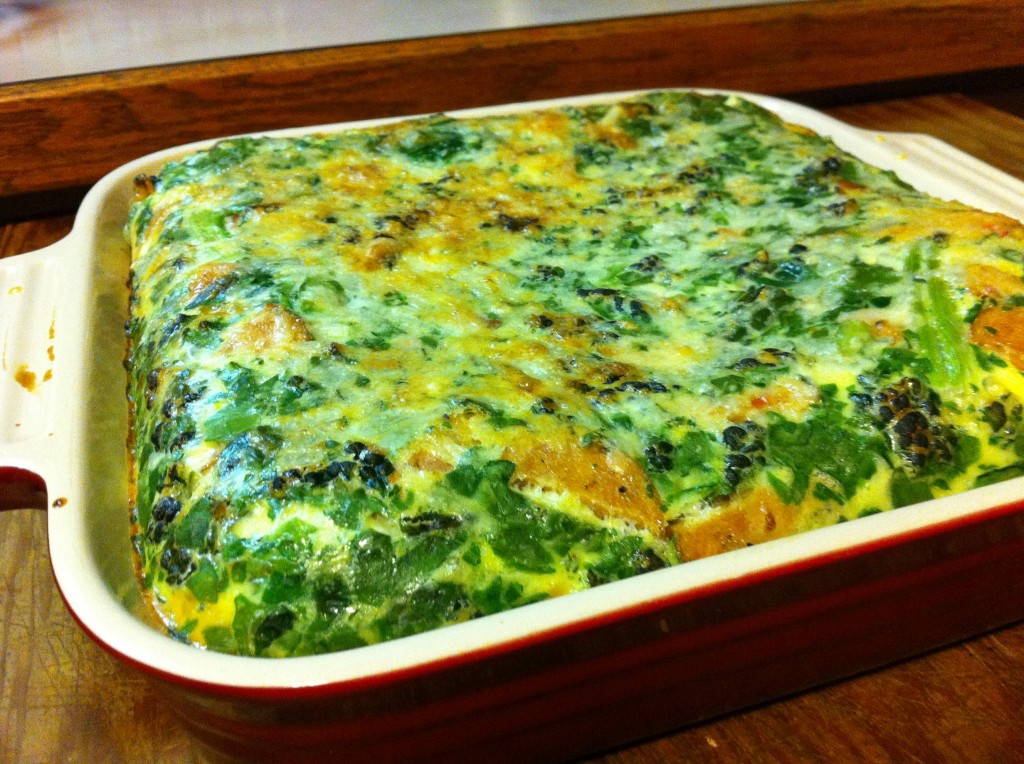 This is my second crust-less quiche that I just made tonight so I haven’t tasted it yet. This one has a blend of spinach and kale in it. I also cut up a pre-cooked fire-roasted chicken sausage. I sprinkled on some raw Swiss and voilà! Hopefully I didn’t add too much kale; it’s a very green quiche.

When the quiche first comes out of the oven, it will be puffed up. As it cools, it will settle.