I amaze myself in that I don’t even want to take the time to use my VitaMix sometimes. Like it’s too hard or something. Wah! Throw things in. Flip a switch. Yep, that’s how much my body hates mornings sometimes; it doesn’t even want to operate a blender.

Instead of making breakfast, I got on my lappy and started organizing links to recipes I wanted to make. I inadvertently forgot to save one to some yummy looking peanut butter bars and knew I originally had found it through Elana Amsterdam’s website, Elana’s Pantry (which if you don’t know, she’s a gluten-free cook/baker who has celiac disease). In searching her site for PB recipes, I came across her PB protein shake recipe. Drinking essentially a PB shake for breakfast sounded wonderful. At last! My body was inspired to haul myself off the couch and back into the kitchen to operate the dastardly difficult blender.

Elana’s recipe calls for a different kind of protein powder than what I have and she uses ice when sadly we don’t have an operating ice maker in our freezer and I hate ice cube trays full of sloshy water. Instead, I used her recipe for inspiration and employed my usual smoothie formula to make a chocolate PB banana flavor. Which was fan.tas.tic! Yum! My favorite combo of flavors for a milkshake, but made in a way that doesn’t wreck my body.

Cheryl’s Dee-ricious Chocolate Peanut Butter Banana Smoothie
~1 cup So Delicious Coconut Milk (I only say aprox. because I use the blender lines to measure)
1 small to medium organic banana
1 healthy serving of MaraNatha Organic Creamy Roasted PB with salt (so a little over 2 Tbsp)
1 heaping scoop of Life’s Basics Plant Protein in chocolate (*edit* I realized I put in less than a full scoop because of the protein in the PB. It’s up to you how much powder you’d like to put in.)

I usually make cold, icy smoothies by putting in some frozen fruit or greens in place of having no ice. I actually found this smoothie to be an acceptable temperature that was just a little cold (mostly room temp though – don’t overblend or you’ll heat it up) due to the refrigerated coconut milk. Could be a good choice for the coming chilly months. Although with ice, this would be super frothy and good too. I’ll pretend not to be jealous of all you with ice makers. 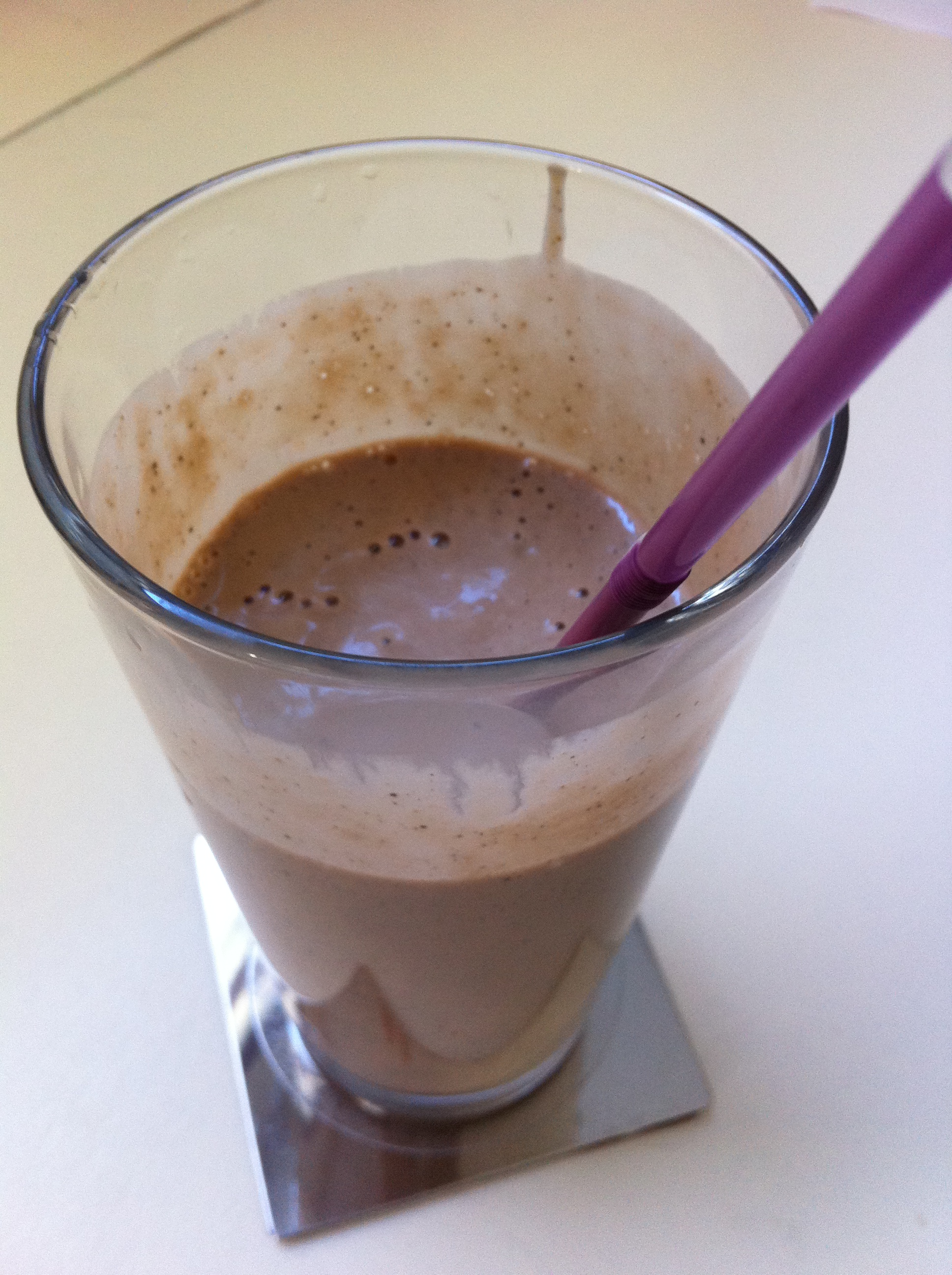